The famous Cleopatra VII became a legend in her own lifetime where she was renown for her beauty and intelligence. She used Love Energized Essences alchemical infused with the Unconditional Love Energies of Joy, Bliss and Beyond Bliss so those, like Julius Caesar and Mark Antony, who touched her skin became intoxicated with her beauty and intelligence. 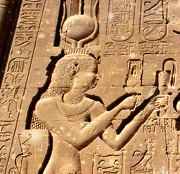 The legendary Cleopatra was the 7th Cleopatra in a lineage of Ptolemies and Cleopatras. She was a direct descendant of the first Ptolemy who founded an empire that lasted 300 years.

The first Ptolemy was Alexander the Great’s half brother and the general who asked for, and received Egypt and surrounding land, when Alexander’s generals split up his empire upon his death.