Alchemist is an ancient Egyptian word that long ago described how Love Energy adepts were able to use the energies of Unconditional Love and Unceasing Light to transmute atoms of tin and lead into other metals like gold at the subatomic level. 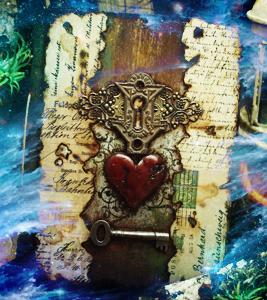 After the world wide Great Flood of 3114 BCE, an Egyptian named Thoth Hermes Trismegistus resurrected the pre Great Flood wisdom and techniques for alchemy, levitation and other super normal abilities. The Great Flood is recorded in the legends of every group of people living on planet earth, including the No-Ah biblical version.

Alchemists are thought to be myths and their alchemical reports to be tales of fiction by many people in today’s world. However, the truth is that a true alchemist is a spiritual adept who can add the love energies of electrons and light energies of protons within atoms using flows of electro-magnetic energies from the sun and planet.

Even today, there are still vast numbers of reputable historical accounts of alchemists and their work, but many such accounts were suppressed by God fearing churches and greed oriented governments. Alchemy has been outlawed by various governments throughout human history, and there is no need to waste time passing laws against something that doesn’t exist.

In recent centuries scholars ridiculed those spiritual adept alchemists who claimed that by using their Enlightened brains and Minds in synchronicity that they could transmute atoms of tin or lead into gold. Then, in 1919, the English physicist Rutherford used a bombardment of helium atoms into nitrogen atoms to create atoms of oxygen and hydrogen.

And so it is that our Starfire Love Energy Healers use a flow of negative ion energies to alchemically heal human bodies. One negative ion of a Starfire Healer’s 7th dimensional Unconditional Love Energies is able to transmute and transform 4 positive ions of dis-ease and dis-comfort into 4 normal atoms.